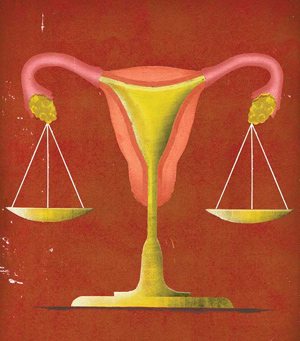 By Tina Hester, Jane’s Due Process

Published in the Corpus Christi Caller Times, May 9, 2018

Texas lawmakers habitually try to avoid discussing the “A” word — abortion. They have flashed a green light for religiously based foster care homes to fall silent when a youth seeks help with an abortion. Some Child Protective Services workers have said privately that state policy makers’ fervent opposition to abortion makes them reluctant to help the abused and neglected girls in state care seek one.

When lawmakers absolutely must tolerate having the A word mentioned — and in the Women’s Right to Know booklet that they’ve ordered every woman in Texas to read as a condition of having one, it was unavoidable — they make sure the information provided about abortion is inaccurate and misleading.

And now, that misleading information is being forced into the hands of young immigrants across the country. According to The Dallas Morning News, the federal Office of Refugee Resettlement wants to take the Texas booklet, inaccuracies and all, coast to coast. ORR has instructed that every pregnant immigrant minor in ORR custody,  in facilities outside of Texas as well as within the state, read the booklet when considering their  pregnancy options.

Yes, Texas has a habit of exporting bad policy.

Last fall, ORR, under the direction of Scott Lloyd, held one of our clients hostage for more than six weeks. ORR tried — unsuccessfully in the end — to force her to continue a pregnancy she did not want to continue.  Jane’s Due Process helped this Jane Doe who was fleeing a violent home and neighborhood in El Salvador receive a judicial bypass for abortion. A Texas state district judge ruled, as state law requires for consent to be granted without a parent’s OK in such cases, that Jane Doe either was mature enough to make this decision or it would not be in her best interest to notify her parents. With the help of the American Civil Liberties Union, Jane Doe finally was able to get an abortion — however, not before the feds decided to tell her abusive parents about her pregnancy and force her to go to a “crisis pregnancy center,” a faith-based facility where the medical staff prayed over her.

The case went to a federal district court in Washington, D.C., where a judge ruled that ORR could not block access for our Jane or the other Janes seeking abortions who are being held in the agency’s privately operated detention facilities across the country.

If not for the fact that Scott Lloyd has made imposing his anti-abortion beliefs on vulnerable youth a hallmark of his leadership at ORR, it would be  shocking that federal refugee officials consider the Woman’s Right to Know (WRTK) booklet, as it is known, an ideal briefing paper for youth who are seeking asylum. Forty eight percent of the information it gives about a woman’s first trimester is inaccurate, the Rutgers Informed Consent Project found. Multiple physicians’ organizations have dinged the booklet for supplying inaccurate information on incidence of breast cancer and infertility after abortion.  Also, Texas laws on abortion are different than other states’, which likely renders the booklet confusing and unhelpful, to say the least.

Instead, following Texas’ lead, ORR wants to scare, shame and mislead young women, including those who were sexually assaulted on their way north to escape abusive households or violent gangs.

Really?  Is this compassionate conservatism? Is it common sense?

Adding insult to injury, the Texas Health and Human Services Commission is updating the infamous WRTK pamphlet with an add-on about the judicial bypass process.

Titled “So You Are Pregnant, Now What?”, HHSC recently opened the supplemental booklet aimed at teens to comment. The proposed booklet provides even more inaccurate information. Numerous groups, including the American College of Obstetricians and the Texas House Women’s Health Caucus, have urged the commission to get it right.

In the hit TV series “The Handmaid’s Tale,” a dystopian story of a future America where women are reduced to birthing vessels, the government closely monitors the menstrual cycles of the women it controls. Today, not in fiction but in reality, ORR director Scott Lloyd has asked staff to keep a spreadsheet of all the pregnant young women in his care.

Creepy? Yes. Young women in immigrant holding facilities, foster care and in the population at large deserve much, much better treatment than the Trump administration and Texas are dishing out.