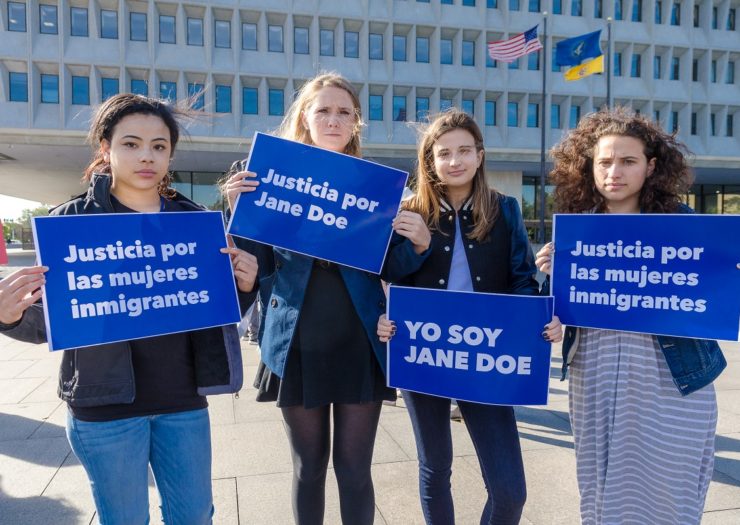 By Eleanor Grano, Community Outreach and Youth Engagement Coordinator at Jane’s Due Process

Last year, Jane’s Due Process answered 1,117 texts from young people seeking support in navigating parental involvement laws for abortion and birth control. This was a 362% increase from 2017. Additionally, there was a 25% increase in website visits and a 98% increase in Instagram followers. These statistics indicate that more teens are searching for ways to access the information they need to be able to exercise their right to bodily autonomy.

Established in 2001, Jane’s Due Process is the only 24-hour judicial bypass hotline in the United States that provides immediate, unbiased, and non-judgemental information to teens navigating parental involvement laws. Being able to access unbiased information about pregnancy options that include abortion is especially important for teens growing up in a state like Texas where 84% of public schools do not teach comprehensive sex education.

In 2017, Jane’s Due Process established a text hotline. This unique use of technology engages, educates, and informs young people about their reproductive rights in a way that feels most comfortable for them. A former Jane’s Due Process Client, Veronika Granado explained how the text hotline played a major role in feeling supported when she first learned that she was pregnant in Diginomica:

“When I found out at 17 that I was pregnant, I was very emotional at the time, so my boyfriend researched everything and found Jane’s Due Process. Since I was not emotionally stable to call, he told me to text the number provided instead and it worked perfectly. As I texted with JDP, I started to calm down, as I understood what I had to do. It helped me feel like I was more in control and getting an abortion was more tangible. I’m so glad I got to do this by text, because I was still processing my emotions and panicking and had never been in this situation before. It made me feel ready to take on the judicial bypass.”

Jane’s Due Process provides a space where young people can safely and anonymously process their emotions with a volunteer peer advocate. The 2018 Impact Report demonstrates the increased need for resources and support services where young people can access immediate, confidential, and unbiased information about their sexual and reproductive health care. And, how the organization is consistently meeting the needs of teens in Texas.

A user on Instagram shared in a direct message about how Jane’s Due Process’ Instagram presence is also making a difference for people living in areas without access to comprehensive sex education in Texas. They shared: “This is so important. Especially, in Texas where most schools only teach abstinence-only sex education. In middle school and high school, we are taught that sex is scary, rather than the school system realizing that teens are going to have sex and need to be given evidence-based sex education and resources.”

The 2018 Impact Report by the numbers:

We answered 1,117 texts from young people seeking support in navigating parental involvement laws for abortion, contraception, and STI testing and treatment. This was a 362% increase from the previous year.

The types of resources that people needed when contacting us on the text hotline were:

We received 325 judicial bypass intakes on our 24/7 phone hotline from teens needing support getting an abortion. The reason why these teens expressed that they could not involve a parent or legal guardian in their decision was:

What was the outcome of Jane’s case?

In 2018, Jane’s Due Process co-hosted the first national conference on judicial bypass for organizations working to support teens’ reproductive rights in the United States. The conference was held in Austin and had over 123 attendees!  They also developed a Peer Support Program which connects current Janes navigating the judicial bypass process with former Janes who can provide support and guidance.